Are You Pregnant? Are You Still Not Sure!?

Millions of women are searching results on Google for pregnancy signs. You might be feeling some of them, or you are expected to feel them in a few month. Here you will find all 63 (!) pregnancy signs and symptoms. Be sure to check the whole 5 parts not to miss your symptom you may be having or expecting to have. Beside each sign & symptom you will find smart tips how to deal with it and how to make your life easier.

*There is no medical advice on these pages, in any medical issue – See your doctor

Natural conception occurs within 24 hours of ovulation. “Normally” you will not know you’re pregnant until your menstrual cycle is late. The average recommended time to take a home pregnancy test is approximately 2 weeks after ovulation. Some women will have many signs; other will have only a few.

If you are not one of these girls, then this list is 100% for you! The quickest way to find out if you are pregnant is to do the home pregnancy tests and find out privately if it’s a YES or NO… Realistically you are pregnant for up to 2 weeks before you can confirm it.

So unless you can feel you are pregnant… here is the full pregnancy signs list:

Missing your period is the most clear-cut sign of pregnancy. But it is not definitive. It can take up to 28 days till you know you have missed the period, and that might be a bit late.

Menstruation is usually absent throughout your entire pregnancy. You may have a bit of spotting or scantly menstrual flow. The bleeding is very light (appearing as red spotting or pink or reddish-brown stains) and lasts only a day or two.

What to do: Check in with your doctor, as spotting (when it’s heavy) is also an indicator of miscarriage.

Implantation bleeding (spotting). Some women experience a light spotting or a brownish discharge. Implantation bleeding can occur between 8-12 days after conception, though only in about 5% of all women. The bleeding may be caused by the fertilized egg burrowing into the blood-rich lining of your uterus — a process that starts just six days after fertilization — but no one knows for sure.

Soreness of the breasts. If you are pregnant, your breasts will probably become increasingly tender to the touch, similar to the way they feel before your period, only more so. This is one of the early signs of pregnancy.

What to do: The soreness will not pass like before the period, you need to get a few support brasfor the up coming month.

5. Enlargement of the Breasts

Generally, your breasts don’t get enlarged until you’re about 1-2 months but it may be different for some people. The breasts will expand and swallow grow as part of the body hormonal changes and the preparing for the babies feeding. During pregnancy, the alveoli enlarge, and during lactation the cells secrete milk substances (proteins and lipids). Muscular cells surrounding the alveoli contract to express the milk during lactation. Ligaments called Cooper’s ligaments that keep the breasts in their characteristic shape and position support breast tissue.

What to do: Get new bras to get better breast and back support; your breast will keep growing and getting heavier the whole 9 month… and a few month after birth. Otherwise you might start feeling lower back pains later on.

What to buy: Get Support Bra and Maternity Support

Your Areolas (the dark area around the nipple) may also begin to darken. Possibly be spotted, and just plain bigger, a phenomenon that will continue as the months pass. During pregnancy, the areola usually darkens substantially. This will create a large contrast between the areola and the rest of the breast. Newborns have limited vision, but can see such a contrast easily, and thereby the darkened areola helps the newborn locate the nipple.

What to do: Nothing… In a few months after giving birth, the areola will start fading. However, it usually does not fade back to the pre-pregnancy color but remains slightly darker.

Breasts are growing at early stages of pregnancy; they are becoming very sensitive and tender. The nerves system is expanding making the body ready for the breastfeeding. The nipples might look luscious to your partner but you might be saying: “you can look, but don’t touch”. In fact, they may be incredibly, perhaps agonizingly tender.

What to do: Wear only soft bra that will not hurt or tingle your nipples. Explain to your hubby the situation. This feeling will pass in a few weeks.

Little goose bumps (actually sweat glands) that supply lubrication to the area. Montgomery’s tubercles are believed to help lubricate the breasts and prevent infection during breastfeeding. Sometimes a little milk is also produced from them during pregnancy although the nipple is primarily responsible for milk production.

What to do: Nothing this is natural and will pass a few months after delivery.

Eat small meals instead of one big meal. Drink fluids 1/2 hour before or after a meal, but not with meals. Drink small amounts of fluids during the day to avoid dehydration. Avoid foods and smells that you already know that cause you nausea. Avoid warm places (feeling hot adds up to nausea). Sniff lemons or ginger, drink lemonade, eat salty potato chips or soda crackers (Some say they settle stomachs enough to eat a meal)

Many women feel exhausted, they have to sit or lie down, raise the legs. The changes that are happening inside the body are a great physical stress on the body. No one knows for sure what causes early pregnancy fatigue, but it’s possible that rapidly increasing levels of the hormone progesterone are contributing to your sleepiness. You should start to feel more energetic once you hit your second trimester. Fatigue usually returns late in pregnancy when you’re carrying around a lot more weight than you should (don’t eat for two!) The fatigue shows the next day to one other discomfort of pregnancy which is the difficulty to get a good night’s sleep.

What to do: Get rest when possible; catch even short 20 minutes sleep when the body asks for it. Don’t eat chocolates to get the energy back, it will not help, and you just will gain extra weight.

Sometimes low blood sugar can cause dizziness or even the growing uterus can be placing pressure on the arteries. The dizziness will pass but can show up again on later month.

What to do: Be aware for the early signs of dizziness, they are harmless unless you are driving or going down stairs. Be sure to eat! Have a teaspoon of honey, jam or chocolate placed under your tongue.

What to buy: Marezine for Motion Sickness

Women start sniffing like hound dogs and noticing smells of materials they never noticed before. You might smell very distinct smells you never were aware of before.

It’s not uncommon to feel repelled by the smell of a Tuna sandwich (or any other…) which you might love once or cup of coffee. At early pregnancy certain aromas can trigger your gag reflex.

What to do: Ask someone else to cook for you and open the windows or turn on fans if the odor bothers you. 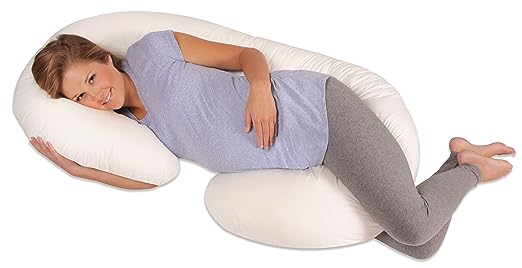